To carry out  its mission, LCMUA must continually repair or replace existing facilities as well as expand systems to support growth.  Line repairs, such as the patch shown, have been performed on many segments of the older system lines, but full replacements will ultimately be necessary as lines deteriorate. This is a challenge facing utilities around the nation. In its 2012 nationwide report titled, Buried No Longer: Confronting America's Water Infrastructure Challenge, the American Water Works Association (AWWA) states, “restoring existing water systems as they reach the end of their useful lives and expanding them to serve a growing population will cost at least $1 trillion over the next 25 years…Delaying the investment can result in degrading water service, increasing water service disruptions, and increasing expenditures for emergency repairs. Ultimately we will have to face the need to “catch up” with past deferred investments, and the more we delay the harder the job will be when the day of reckoning comes.” 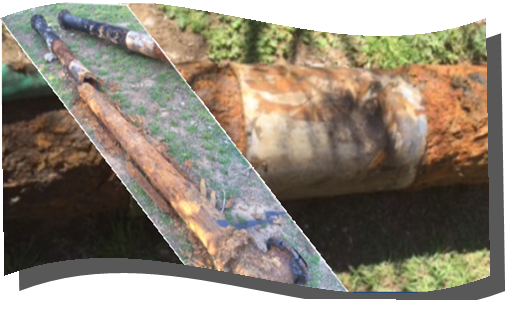 A number of years ago, LCMUA began developing a plan that would encompass present water and sewer needs and anticipated future growth of the service area. It engaged the professional engineering company Belcheff & Associates, Inc. (Belcheff) that developed population and demand estimates of the future growth of each of the municipalities served. The original plan was accepted and approved by the Texas Commission on Environmental Quality (TCEQ) in 2012. It has been recently updated. To maintain required capacity, LCMUA will have to build larger water and sewer facilities for a greater pressure plane. All these plans went through the approval process at the TCEQ.

LCMUA engaged NewGen Strategies and Solutions LLC. (NewGen), a firm of environmental economists and rate specialists, to make a forecast of water and sewer rates necessary to pay for the required new infrastructure and ongoing operations.  NewGen worked with staff to develop a forecast of required costs for the next five years including expected capital previously mentioned. Once costs were estimated into rate revenue requirements, NewGen estimated how well the current rates would perform if unchanged in future years including normal consumption and growth in customers. As shown below, this estimate clearly illustrates that current rates are not going to adequately meet LCMUA needs.

Lake Cities Municipal Utility Authority has a duty to provide continuous and adequate service to its service area. At its January 11, 2016 meeting, the LCMUA Board ordered an election to be held for the purpose of seeking approval for collection of property taxes. LCMUA is granted taxing powers through its enabling legislation, and actually had a property tax until 1994. The Board called the election to get voter opinion on using property taxes as another means to fund the necessary operational costs of the utility in addition to water and sewer rates.This election failed to bring about the use of property taxes to assist with costs of the Authority. As a result, the Board approved a rate increase at the August 15, 2016 Board Meeting that goes into effect October 1, 2016. 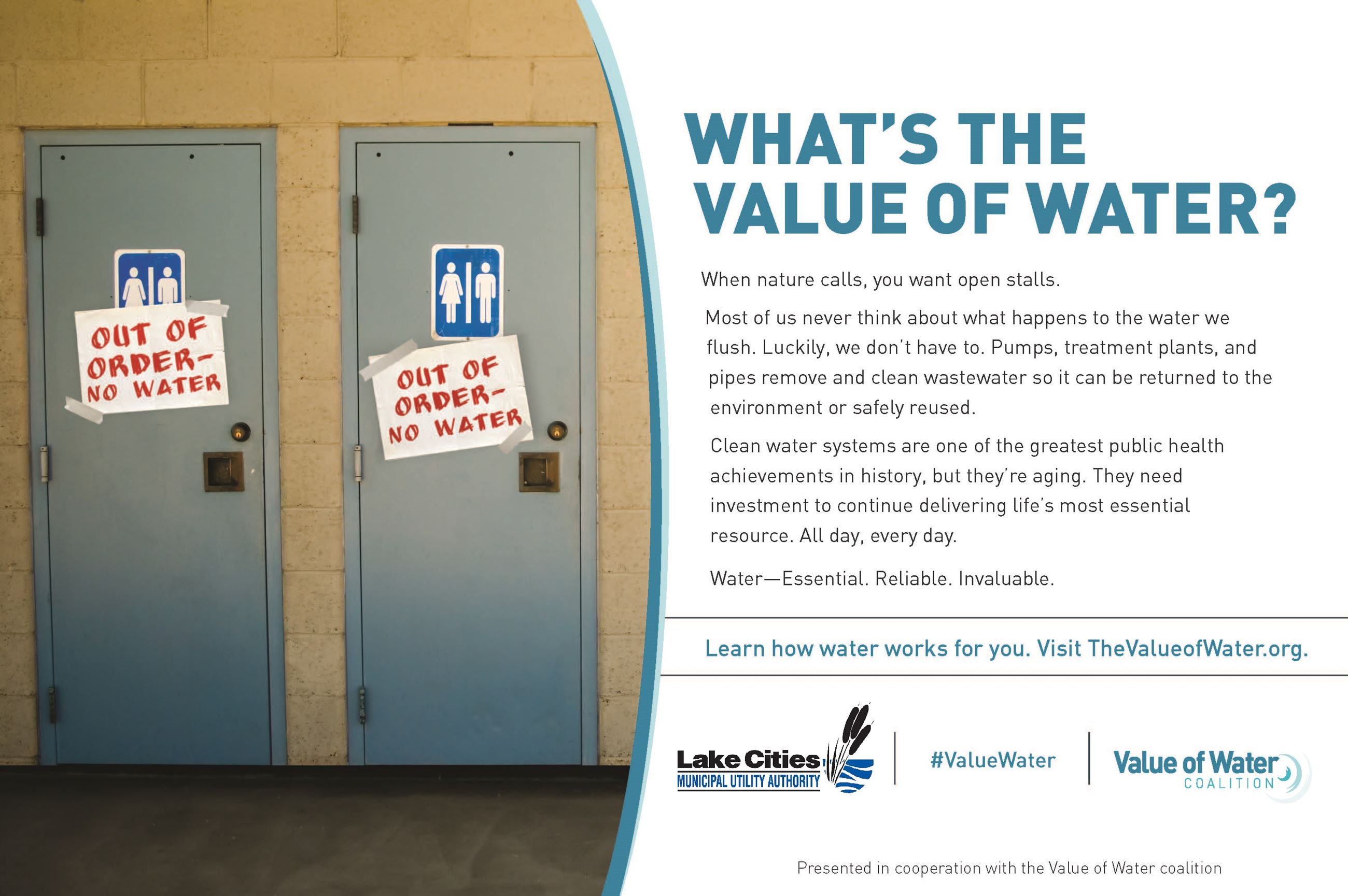